As Ocean and I were growing together, our household grew as well, intentionally I might add. Story came to our home when Ocean was three, and $eeker moved in just two years later. Again, I think it would be fair to state that Ocean would have preferred to be our only dog, possibly the only dog on the planet, but she did and does enjoy the Boyz company. 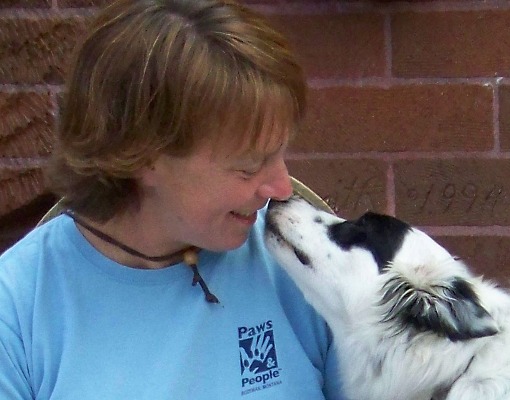 It was also around this time, as a full adult, that Ocean decided she didn’t need her protector Franny any longer. She was finally done with the maternal care, done with Franny watching over her. There was a palpable shift between these two, and it was to last until the day Franny died.

This was the only period that we ever saw fighting amoungst our dogs, and I’m not so sure it was fighting as much as Oceans kamikaze suicide missions. As I’ve mentioned before, dogs with unstable temperaments don’t usually make great choices when under pressure, and it’s what they perceive as pressure. Twice in a one month period, Ocean picked a fight with Franny, unprovoked.

This only happened twice, and both times Franny was just walking around outside, at the speed of a sloth, smelling things. And both times I saw Ocean fly at her with a look of malice. While Ocean was loud and blustery and was pushing and scrapping hard, she never opened her mouth on Franny, not a single wet saliva mark any place on Franny.

The look on Franny’s face just ripped at my heart. She looked so stunned, so betrayed.

I was trying to figure out why, but couldn’t really come up with anything. I put baby gates up in the house for about a week so they could feel safe, walk freely in their areas of the house, and I just needed to fire to cool a bit. When I saw relaxed greeting at the gates, we started going for leash walks together, and then hiking, and then time in the yard while we were playing fetch. And just two weeks later, the same thing.

This time Franny didn’t look betrayed she looked pissed. The first time caught us all off guard, the second time was just a stupid suicide mission on Oceans part, or so I thought. So I separated again, and there was some serious tension, and gratefully, they both chose to avoid each other.

I sat down and made a list of everything new that had happened in the last month. It took nearly all night, and then there it was, the puzzle piece ‘medication’. Ocean had been put on a medication that she had never had before, and I really hadn’t thought much about it. But it was the truly ‘new’ thing in the past month. I looked up this medication on line, and the warning label reads, “… a `classic` drug in canine medicine, is currently very popular to treat a variety of diseases: giardiasis, various inflammatory processes in the gastrointestinal tract, hepatic encephalopathy etc. The potential myelosuppressive side effects of this drug are well known, but neurological problems seem to be more common and less known, as the excellent summary of the ACVIM shows…Neurotoxic effects include encephalopathy, cerebellovestibular signs and periopheral neuropathy…” And the list went on and on.

And after visiting several veterinarians that week, we found out that Ocean was MDR1 positive, and had a strong sensitivity to pharmaceuticals. So she actually was on a type of suicide mission, but not one of her own making.

Franny and Ocean found a meeting point, a place of comfort, a new type of friendly existence, but we never had them in the same room unattended ever again, that was my choice. We did everything together all of the time, but their love was never the same. 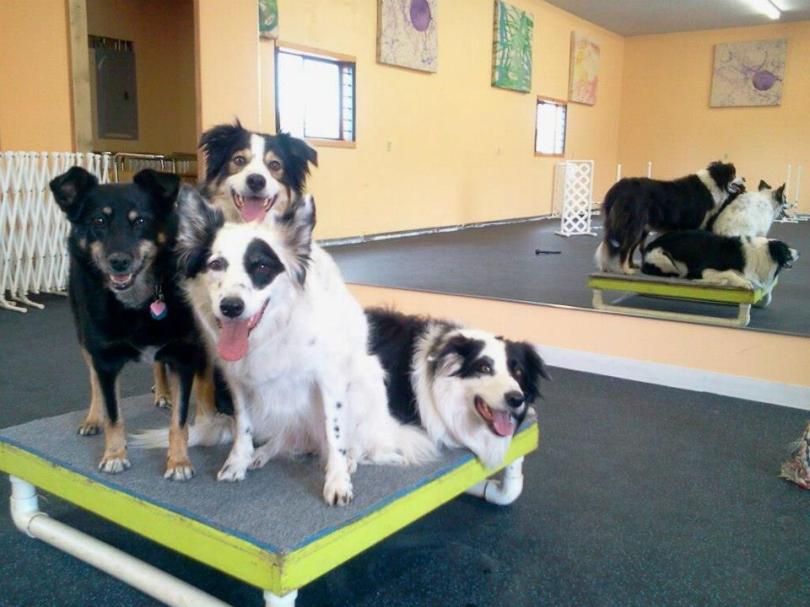 As Ocean was maturing, there was also this awesome calm that came over her. People at agility trials noticed it, and so did the rest of my family. She was actually taking naps during the day now, she would walk into an agility barn calmly and with ease, and she started to be a bit less cautious of new and different, with in reason.

It was such a treat to see her thoroughly enjoy her life. To see her breathe and relax in new environments that were safe for her.

Sometimes people would ask, “Is she all better now?”, or “how did you fix her?”. I know they asked with good intentions, but I didn’t have an answer for them.

I always thought to myself, “better? Better from what? From her genetics?” You cannot change a dogs genetics, no more than you can change a persons. Or maybe you can, this whole GMO thing has me a bit concerned! BUT you can help with how an animal sees their world, how they feel about their world, within reason.

My goal was never to MAKE Ocean something she was not, but rather work with what she was good at, and build on that. I wanted her to feel good about her life, to feel safe, to know she was loved. I never set out to fix, or cure, or make her ‘better’. And besides, that is all nonsense bullshit in my most humble opinion. 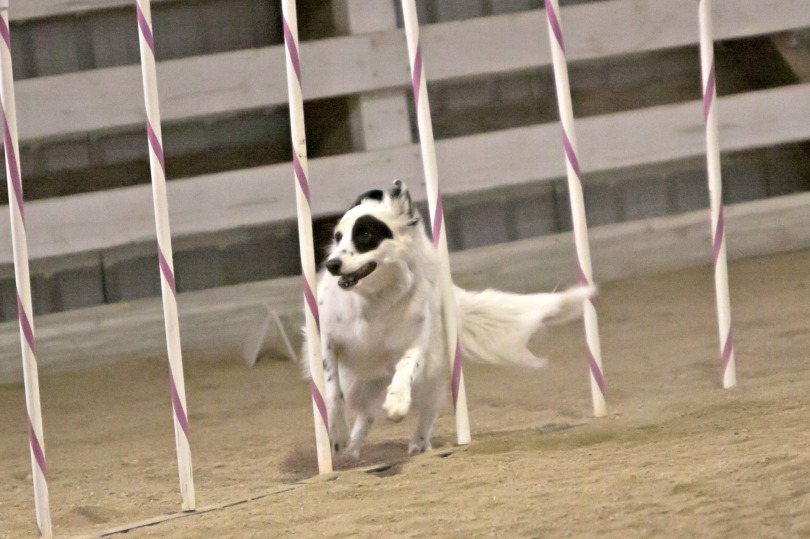 I allowed her to fly, to reach her potential through supporting her, being there for her, and working as her Team mate. She came into her own, because she could.

Ocean has taught me that cautious and fearful dogs thrive with kind, purposeful, and loving homes. She has taught me how to be creative in training and to use my imagination, how to live compassionately, and how awesome a nice deep breath feels. She has shown me that fresh air and movement count, and safety can be as simple as a welcoming hand.

Not all environments are made for all dogs, and Ocean allowed me to own this concept. Sometimes it can be a hard pill to swallow, but the reality is, there aren’t very many people out there that can handle all environments, we shouldn’t expect this of our dogs.

I think sometimes that conventional education for our dogs (and their owners) is narrow, and imposes restrictive limits on reaching a dogs true unique potential, and in turn, the owners. And most of the time it’s harmful, physically, emotionally, and socially. The conventional model of training focuses on ‘well mannered’, and ‘obedient’, not potential. A cautious fearful dog could give a crap about either of those two things, they just want to feel safe, and most of the time, feel like they are part of a Team that shares mutual trust.

Ocean is the reason I started my youtube channel all of these years ago. She will be twelve this summer and I am still filming her, she is still working hard, but her naps are a bit longer now. She is still a great traveling companion, and loves her hikes in the mountains. While there are oodles of free training videos on there, one of my favorites is her mix . But before you watch it, please know that if you find yourself in the same boat at some point, just take a deep breath, get a plan, be creative, and enjoy the ride! There are lots of people out there who will understand your journey and be supportive, but the best encouragement you will ever receive is the heart felt look from your dog, the look that will make all of your efforts feel right, and you will know, from your heart inside and out.