We pulled into our driveway last night, happy, tired, thoughts reeling, kind of hungry, kind of not, looking forward to bed, and maybe some pie.

I am fully aware I am a tall substantial white woman, so I am not even going to try to explain the Native American experience at Standing Rock, but I am going to supply you all with information you may not currently have, so you can better understand this whole mess, and so you can help. We all need to help in some way, and no way is too small. And I will tell you why this is not just about Standing Rocks future, but rather all of our futures.

For those of you that don’t know, I live about thirty miles from the headwaters of the Missouri. There are three rivers in our area that come together to form the Missouri. When I learned of an oil pipeline, the impact to the Missouri river, lake Oahe, and water supply to billions of people, well, I felt compelled. Nothing about this situation felt right, or good.

IF YOU CAN GO, PLEASE DO! – The effort to go does not seem like an effort once you arrive. It feels right the moment your feet hit the earth, you realize the purpose of the camp, and you find that purpose in yourself almost instantly. And if you have children bring them.

There are tribes from all over the United States, people of every color from almost every state, people from all over the world, Maori from New Zealand, Military Veterans in the high hundreds, women, children, men, dogs, horses, etc.. It is a sampling of everything good that is in this world, in human form and otherwise. Everyone, absolutely everyone is there for the best of intentions.

It is a unique place to stand, where those around you, and you included are working communally for the planet, and not one person will benefit, not one person is being paid, and everyone stands against corruption, greed, and illegal acts against the planet.

Pure. I think it is the first truly pure, intentional, human gathering I have experienced.

It is an experience of welcoming, love, acceptance, humility, and a communal deep inner strength. Just google SACRED STONE CAMP, ND. Take the southern route in on 1806, and you will feel welcome, 100% welcome. You can camp in a tent, yurt, or RV. There are port-a-potties. There are a few large hotels on the reservation, super nice, but pretty booked out unless you book further out.

WHY ARE THERE PROTESTERS / WATER PROTECTORS?

First off, the government, our government has been silent.

Please watch this beautiful VIDEO on Kendrick Eagle, a call for President Obama to speak up, to help.

The DAPL pipeline has been controversial since the inception, but a media sleeper of sorts. The Keystone Pipeline in contrast, which is in the news all of the time, talked about in every paper, news station, and radio, which is also controversial, is just seven miles longer than the DAPL, that’s it.

Please watch this VIDEO – it explains the project, and what has not been done to date, and how much has happened before the world woke up.

The Dakota Access Pipeline (DAPL) will ship 100% of the oil to Asia and South America. Not one person in the United States would see a drop of the finished product, BUT we would be the ones with permanent damage to our land and water, that serves billions of people.

NOTE – There are over two hundred reported oil spills, ruptured pipelines, and leaks each year. It is estimated that this is only 30% of what is really happening. This means that 70% of oil leaks, spills, and pipeline ruptures go unreported, not cleaned up, leaving companies to walk away with unprecedented profits, and our planet in peril, our soil, water, and air.

Why hasn’t the DAPL been in the news, why are we all just hearing about it now, when it is less than 2 – 5 miles from completion? Twelve hundred miles of pipeline, and the country is just now learning about it? This isn’t by accident, but rather design.

There have been protests, there have been people from the very beginning saying NO, this is not a good plan, not a good idea, it breaks reservation treaties, no environmental studies have been done, no cost analysis has been done, and the kicker, the permits were filed illegally through a loop hole, known as ‘segmenting’.

Please watch this VIDEO of Robert Kennedy Jr. who has been an Environmental Lawyer for over thirty years, explain how, what, why, and where. Please be outraged that this has never been in the paper, and that you have not been given the facts.

The Water Protectors on the Standing Rock Reservation at Oceti Sakowin Camp and Sacred Stone Camp are Standing Rock Sioux, now with an entire International Tribe of people, an incredible blend of humans there supporting their efforts. Peaceful, mindful, reverent, and purposeful in their belief of clean water, clean earth, and an end to corruption.TURTLE ISLAND, which overlooks the camp is a significant and sacred area that has been desecrated by mercenaries, police, DAPL, flood lights and more. While the Morton County Sheriff said they were just made aware of the significance of the sacred site and would try to be respectful, the officers actually sat up there on Thanksgiving Day, ate turkey and pie with each other, and were armed.

And then when you get down to the deeper older facts, two treaties, the 1851 and the 1868 were both broken, which is a major violation on all levels.

The Army Corps of Engineers as made a statement that the Oceti Sakowin Camp and the Sacred Stone Camp will be disbanded and everyone must move by December 5th. They have stated this is for the safety of the people, the Water Protectors because of the excessive force by the Morton County Sheriffs Department and the mercenaries hired by DAPL, and the long harsh winter that is awaiting these people.

The camp had a PRESS CONFERENCE explaining why they are not leaving, and from now through December 7th there are an expected, in the high thousands, Military Veterans arriving to support the Water Protectors rights. VETERANS FOR STANDING ROCK is an impressive group of veterans from twenty to eighty years old, and as one veteran stated, “standing with Standing Rock is the first time, even after serving in two wars, that I am truly doing something good for the American people”

While the main stream media has failed to report fully on what is happening, or fairly, there are some articles, social media, websites, and broadcasts that will give you accurate information. Read, learn, donate, visit, all of the information is here. You can get involved a little or a lot.

MOMS ACROSS AMERICA – FB – accounts on the ground, women and children

You do have political purchase with each dollar you spend and with whom. The Water Protectors are asking everyone to remove their money from Citi Bank, Wells Fargo, and Bank of America and to put it into a local Credit Union. This would have significant impact on this project.

PHOTOS FROM OUR EXPERIENCE

The smell of wood smoke, the sound of children laughing, the feel of a truly intentional embrace by a complete stranger, intertwined with the site of armed national guard, militarized police, and mercenaries is something I will not soon let go of. And this is happening right here in America. 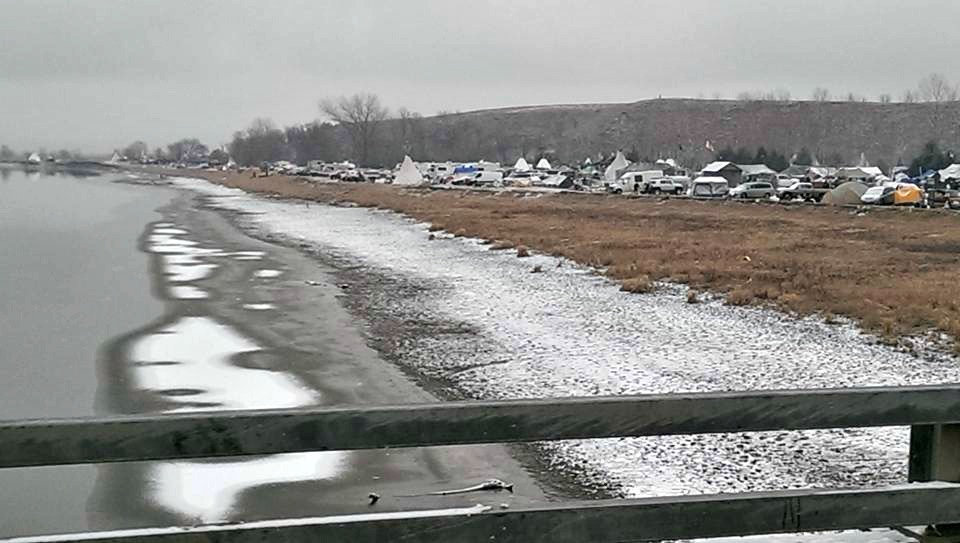 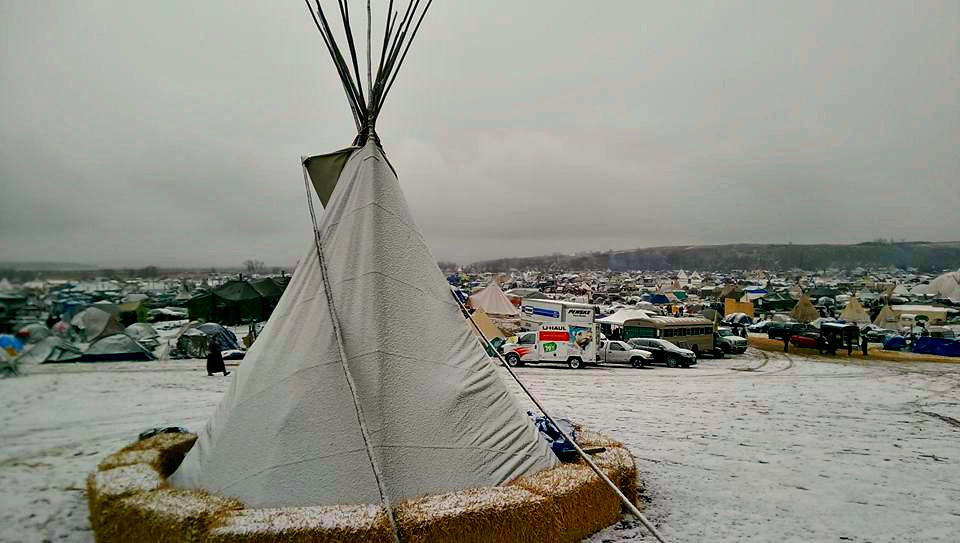 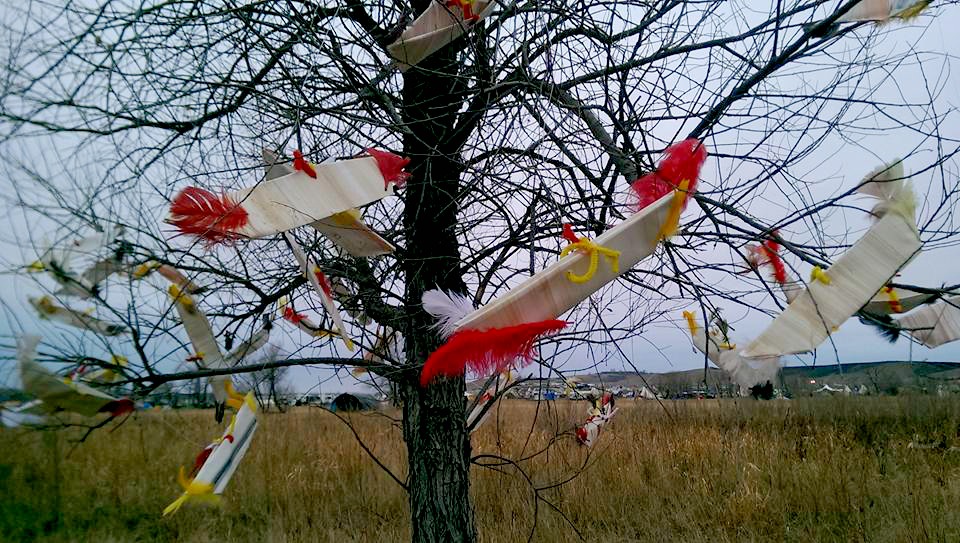 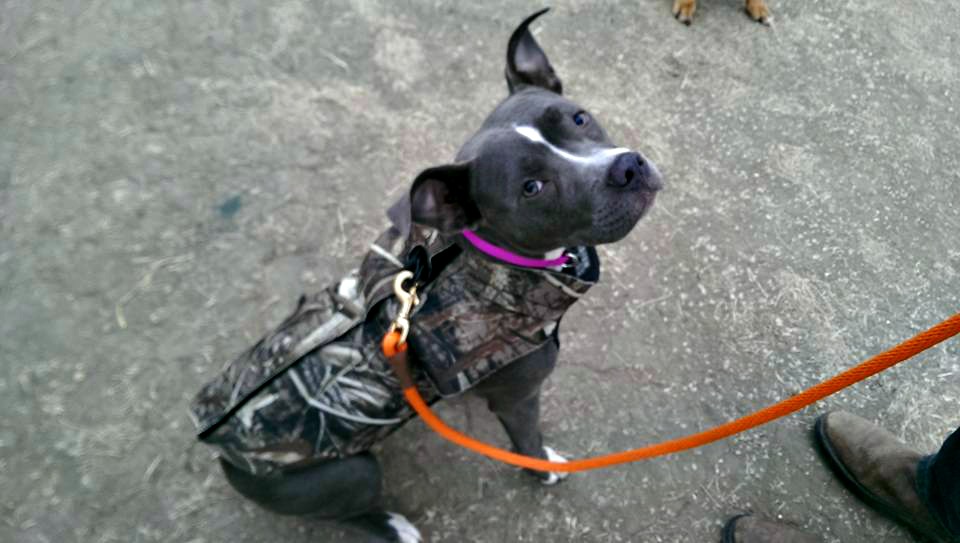 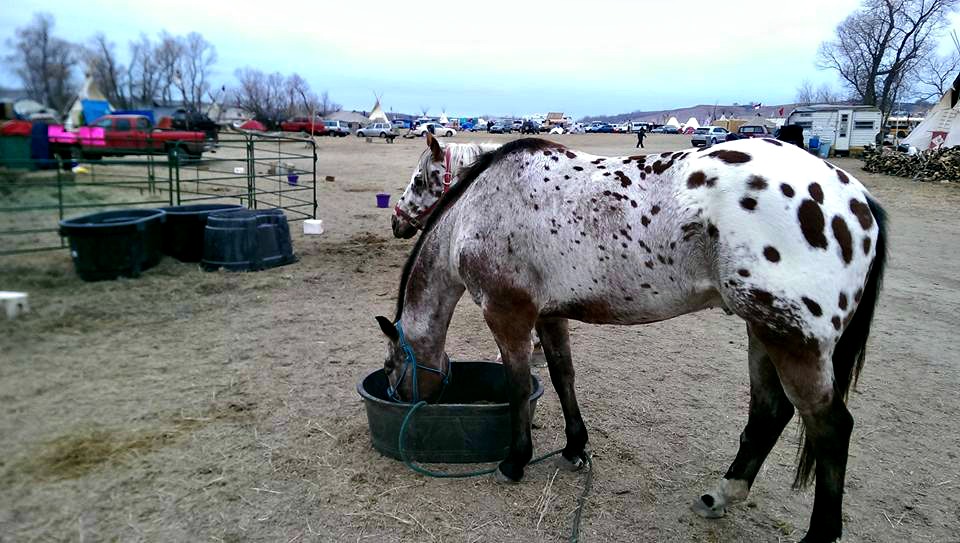 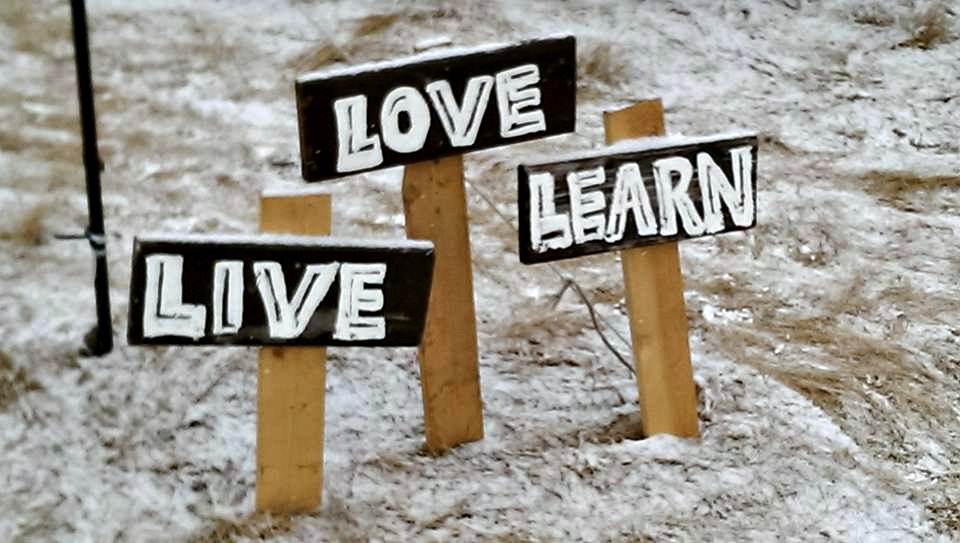