Rhumb was peacefully reading away before this mornings office meeting, and was at a really great point in the story when the Boyz showed up.

Not ready to put the book down, and wanting to buy another twenty minutes or so, she looked up, told them they smelled boy funky and should go take a bath first.

“No stink at office meetings, didn’t you get the memo?”

When asked why the meeting was starting late, the Boyz had to admit to taking a bath because of being stinky, or funky, or boy smelling, or something along those lines.

The Boyz always smell somewhat like this, on any given day, so they were told that taking a luxurious bath before an office meeting was not to happen again, save it for another time. 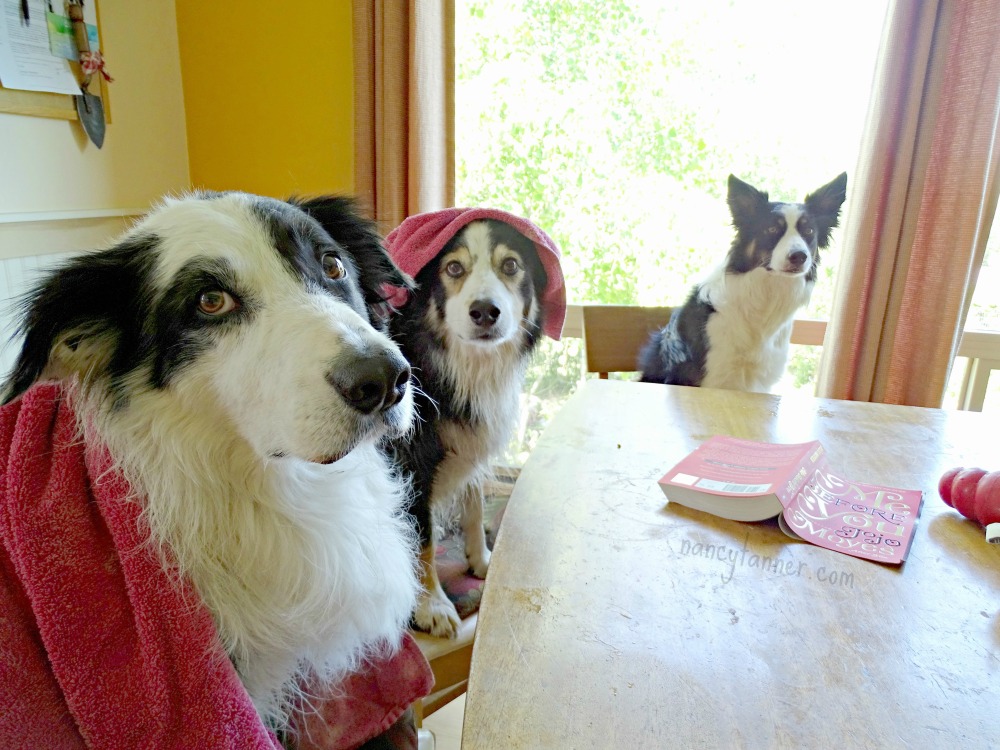 Now smelling somewhat of lavender, mint, and maybe a titch of rosemary, for sure nothing like a boy dog, “this is total bullshit”.

Rhumb sat down ever so quietly and let the meeting begin. It was smelling much nicer in the room, but she decided to just let this one ride itself out …

“Okay, so I would like to talk about Me before You, and then KONG sizes, and whose stupid idea of NO squeakies in plush toys, and then talk about if they are going to for real fall in love or not”.

$eeker saw what was coming, and being the pacifist sweet guy that he is, just tried to evaporate.

Story, because of size, seniority, and just being who he is, runs every single meeting, and tried to bring order back where it belonged.

Being completely unaware of the Boyz in that moment, Rhumb was absorbed with her reflection in the window and just couldn’t get over how sexy she was.

Rhumb was thinking about Louisa and William, she wanted to get back to her book, but still couldn’t get over how sexy she was.