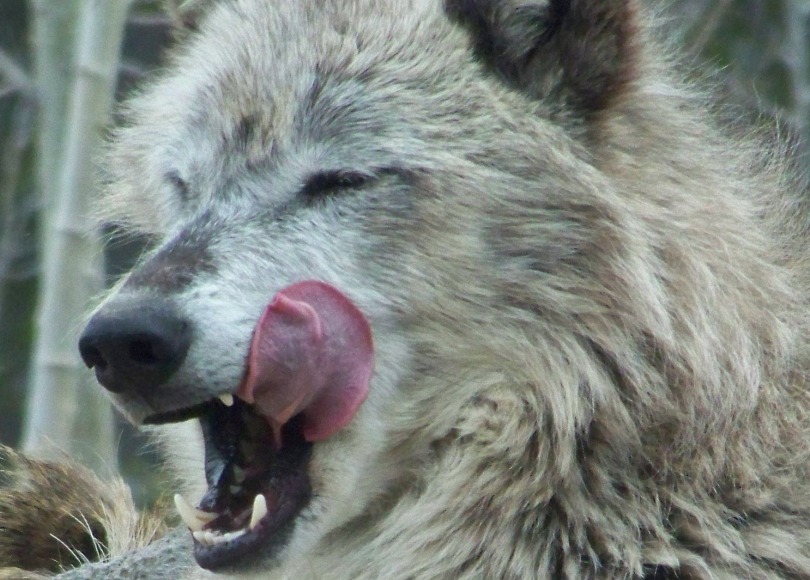 I posted this over a year ago. After reading through how I felt then, I still feel the same. With trapping in our near future, it’s worth more conversation.

That being said, I am a citizen of the Earth and I take that seriously. I am uniquely qualified to stand up and voice my opinion when I feel that bio-politics is over-riding what nature has intended. I like to know that everyone cares enough to protect what has been on this planet long before we ever arrived, including and not limited too; earth, air, water, animals, insects, oceans and even the rattle snake (that one is so hard for me to even write…). Mother Nature has done an exceptional job with balance, or what we all call the circle of life. Humans have done an over whelming job at wreaking havoc on this balance, and it has played out historically on pretty much every continent.

I would have to agree with Dr. Roger Fouts that Plato and Socrates had it all wrong. They believed and espoused to the world that ‘man was the center of the universe’. They created a mindset that, we as humans were above and superior to all other living animals on the planet. And for many moons, even women suffered under this mind-set, still do in many parts of the world. Dr. Fouts wants to see this mind-set up dated to include what we now know about other living beings on this planet, through scientific study and observation.

I believe we are not ‘the’ animal on the planet, we are one of many, and all intangibly linked in one way or another. And if we continue to mess with balance and nature as it was intended, we will eventually screw ourselves. The Earth is not our playground, it is our gift and we need to take care of it. 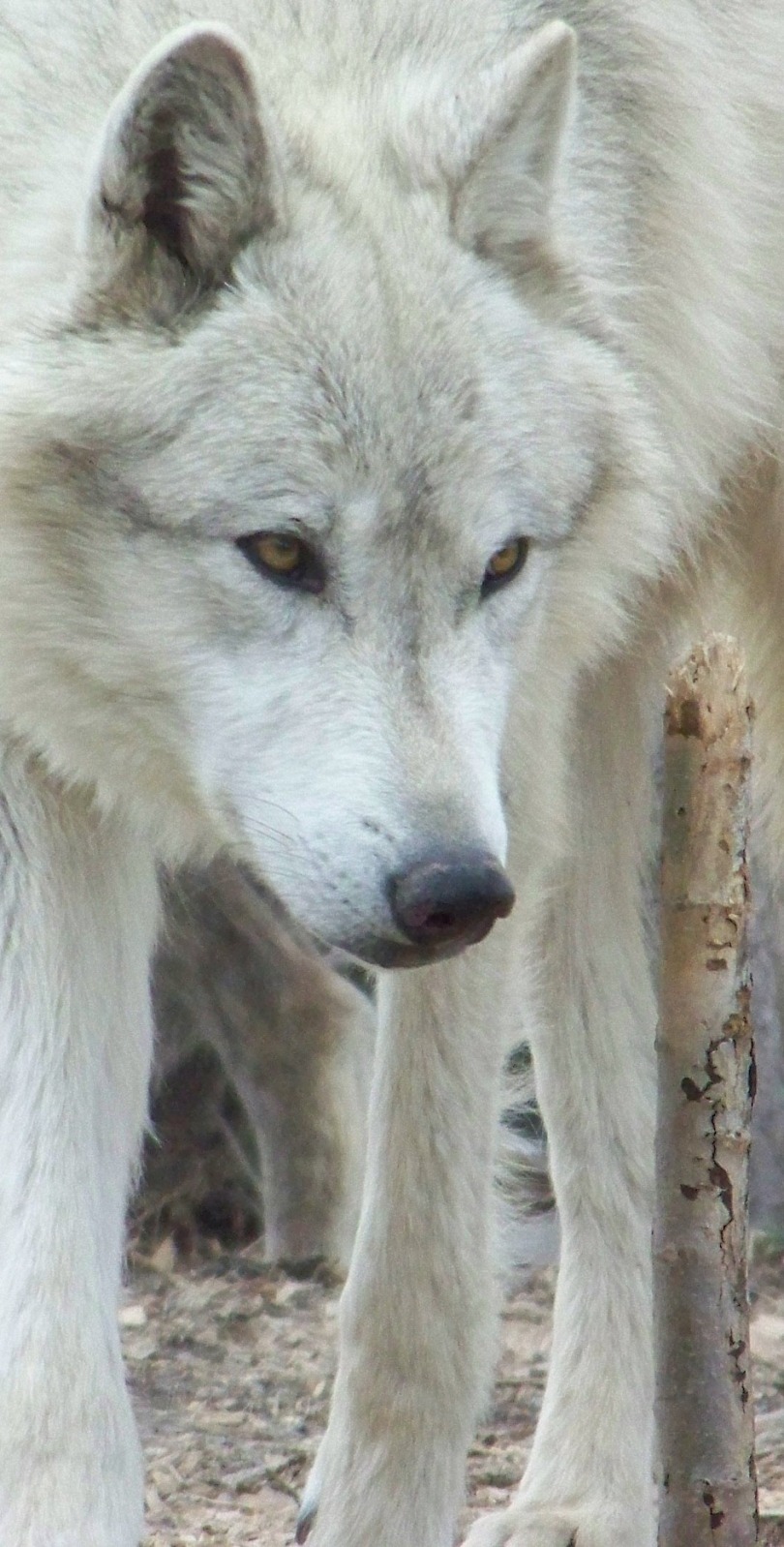 OK – this brings me to the Wolf. To reintroduce them, to leave it up to nature, to hunt them, to protect them. Why and how did this all come about? The single best source on the actual details, dates, people, and politics involved can be found in the book Wolf Wars by Hank Fischer. I have read pretty much everything by Renee Askins, David Mech & Luigi Boitoni to gain a better understanding on wolves and why things have played out the way that they have. Fischer’s book binds this all together through behind the scene accounts with government agencies, conservation groups and ranchers. You won’t find his information in any newspaper article.

The abounding hatred towards wolves is palpable. From fairy tales, to ranchers chatting about the killing for fun. It wasn’t so long ago that the Park Services, Yellowstone in particular, support predator extermination. Poisoning, trapping, burning, shooting, take them down any way possible, get rid of them. It is believed that mange was introduced into Montana by act of the Montana legislature in about 1910 as a crude form of bio warfare to kill coyotes and wolves. Ethologists and biologists in the 1930’s had documented the need for both prey and predator on the planet, and the balance was essential to the circle of life, one cannot sustain without the other. They warned against predator extermination. Apparently their warning went unheeded until the 1970’s or so.

The movement was slow, politics posed a problem, and public sentiment was wishy-washy at best. Without going into every detail, by the time that Montana/Idaho/Wyoming politicians realized that the wolf was either going to come on their own and migrate from Canada or be introduced, public opinion was heavily in favor of the wolf. There were original arrangements made to compensate ranchers for lost stock, pay ranchers up to $5,000 if they let wolves breed on their property, etc. The Endangered Species Act had a special provision for wolves that were transplanted into the park would be designated as ‘experimental population’. The system was not perfect, but it did get things going and truly was set up to try to be fair to everyone involved. The only glitch that I have read is that with this special designation, ranchers hands were tied, even if they saw a wolf in the act of killing, they were protected and could not be touched. I believe Hank Fischer worked hard to have this changed but the conservation group he worked for would not support killing of a wolf, even one in the act of killing stock.

So it brings us to today. The wolves in the Greater Yellowstone Area have been thriving, a whole generation has grown up watching the beginning, growth and the end of the Druid Pack in the Lamar Valley, the packs wondering and thriving outside of the park, and the wolves that have caused ranchers grief. There have been winters were mange and distemper have killed every wolf pup and greatly reduced the numbers, and other years where the pups have thrived. Documentaries in the 100’s, the wolves have become the sexy animal of Yellowstone Park. Wolf Tours are sold out, workshops with wolf biologists are full the day they open, and wolf trinkets fly off the shelves at all of the concessions. You’ll never see this for the raven or the weasel, sorry guys.

So why the hatred, why the blood thirsty desire to kill the wolf, lower their numbers so drastically? Wolves are familial units, they live and learn from each other, Mother, father, aunts, uncles and siblings. If familial units are severed from the large hunts that are proposed, how will this affect their well being, their ability to be emotional and socially healthy in their environment and survive?

I think a rancher should have the right to shoot a wolf if they are killing stock, I do not believe they should be shot just because they are a wolf and here is why.

Wolves have never posed a threat to humans, they leave them alone. This seems to be a stock issue. Ranchers in the Great Lakes area visit and spend more time with their stock than ranchers here in the West, this is documented and there was a great documentary on PBS highlighting ranches in the Paradise and Madison Valleys, the Sun Ranch being one of them. They came right out and said, “…before wolves we use check on our cattle every two weeks or so, now we have to do it every two days or so, it’s more work…” Seriously, that’s your answer? Ranchers should be able to kill a problem animal, be it wolf, dog or coyote. Those provisions have been made in the Great Lakes area and there doesn’t seem to be this large controversy. The livestock and hunting organizations have a great deal of political pull in Montana, and they are mono focused, not looking at the long-term scheme of things. Hunting groups want more Elk, Montana’s Sweet Heart, even though we now know that they are the culprits behind spreading brucellosis, not  the bison. I haven’t seen the Elk on anyone’s shit list lately? The livestock industry wants utopia for their  cattle and sheep, no predators, good food, good water and cheap public land. Oh wait, did I say public land? Ranchers that use public land for literally pennies on the head have the right to say who should live and die on it so their stock stays safe and happy… um, there is the huge issue for me. It is public land, not owned by the rancher but rather leased.

Here are some statistics to put things into perspective, and how vilified the wolf has become.

23 million dog bites to humans in 2009 – and yet we still continue to let them live in our homes, and spend BILLIONS on fun things for them every year.

0-5 human deaths from Wolves in the US in recent history. I did find records indicating that between 1580-1830 in Central Europe they have record of 3,000 wolf attacks. I couldn’t verify the accuracy on this.

Could ranchers spend more time with their stock, have true stock guardian animals full-time, and be more diligent about grazing areas? I think so. Should they be able to protect their stock? Absolutely.

Should there be an open wolf hunt to people who are filled with such deep seeded hatred that they are tunnel visioned, no! An open wolf hunt is repeating history and predator extermination, it will not solve anything, but rather divide.

We need to learn to live with nature, not against it, and most certainly not to control it.

Many on my list work in this industry; it would be great to hear your view points. As you know, I am open; I learn from pretty much everything…